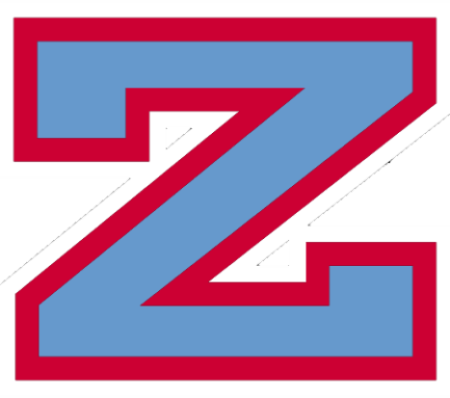 Recap done by THE Robin Fambrough

Leave it to Zachary High School to provide a bit of a surprise on the final night of the football season.

The Broncos, led by quarterback Lindsey Scott Jr., have cemented their reputation for having a big-play offense. The combination of Scott and an opportunistic defense that forced three pivotal turnovers gave Zachary the Class 5A state title to conclude the LHSAA Prep Classic.

All three turnovers led to touchdowns as Zachary ran away with a 46-12 victory over John Ehret in the 5A title game Saturday night. The second-seeded Broncos (14-1) won the first football title in school history by scoring 27 unanswered second-half points against an Ehret defense regarded as perhaps the state’s best.

Scott earned title-game MVP honors for Zachary. He passed for 229 yards and three touchdowns and ran for 87 yards and two more scores. Brad Jones’ first-half fumble recovery and second-half interceptions by Shyron White and Keenan Tate all led to decisive scores. Terry Sullivan had scoring runs of 25 and 32 yards in the fourth quarter for the winners; he finished with 119 yards on 11 carries.

The first half evolved into a chess match. Ehret used its rushing attack and some well-placed passes by Harris to take the lead twice. Zachary displayed its explosiveness at just the right time.

After failing to pick up a crucial fourth down at the Ehret 12 in the first quarter, the Broncos made their mark with TDs on two big plays and drives that lasted a combined total of 93 seconds.

Zachary had the first serious drive.

Scott’s 26-yard pass to Coleman helped the Broncos move from their 30 all the way to the Ehret 12. On fourth-and-1, Scott forced his way up the middle, but was stopped inches short of a first down by Harris and Kerry Starks.

The Patriots scored first on a rapid-fire 80-yard drive that took just 2:43 off the clock, bridging the gap between a scoreless first quarter and the second period.

A 32-yard run by Leonard was the biggest play. The 235-pound Harris took turns at running back and quarterback. The Arkansas commitment’s 18-yard scoring to Donte Green gave Ehret a 6-0 lead with 10:35 to go in the half.

Ehret made the next move. Leonard ran for 99 first-half yards and teamed with Harris to help engineer a 67-yard scoring drive. Harris threw a 14-yard pass to Tyron Williams to get the Patriots inside the red zone. He ran 14 yards to give JEHS first-and-goal from the ZHS 1 on the next play.

Three plays and a fumble later, Harris scored on a 4-yard run. Ehret held a 12-6 lead with 3:57 left in the half. Zachary answered that TD in the final seconds after Ty’Wan Beardon forced a Leonard fumble and Brad Jones recovered at the JEHS 42.

An interference penalty gave ZHS a first down at the Ehret 23 with 41 seconds remaining. Scott hit Coleman in the corner of the end zone to tie it. Ashton Bastedo’s first PAT kick was blocked. His second kick was good and sent Zachary into the locker room with a 13-12 lead.

The Broncos took the second-half kickoff. It looked like the Patriots had the ZHS bottled up at its 19. But on third-and-9, Scott found Coleman racing across the center of the field. The senior receiver raced to the end zone to complete the 81-yard play.

Zachary led 20-12 with 10:32 left in the third quarter. Zachary then got the game’s second turnover when White intercepted Harris at the Ehret 29. It looked like the Broncos had shot themselves in the foot when a penalty negated a 15-yard run by Scott.

But the senior signal-caller danced and darted his way 26 yards to the end zone on the next play to give Zachary a decisive 27-12 with 4:17 remaining in the third quarter.

Ehret pulled out all the stops in the fourth quarter. But when Leonard uncorked a halfback pass, White stepped in front of the intended receiver.

Zachary scored again, this time on a 7-yard run by Scott to go ahead 34-12. Tate’s interception led to the first TD run for Sullivan as the ZHS victory celebration began.